Sebring & Associates is a proud sponsor of Variety – the Children’s Charity. And who wouldn’t be? Check out this recap of the recent fundraising golf outing from Charles P. LaVallee, Variety’s Chief Executive Officer. It was a great event for a wonderful cause. Find our more and help Variety help kids!

I thought that you would find this short recap meaningful, and even something that you might want to share with others. I hope that it reminds you of the impact that you are helping to create through your support of Variety, and that it also puts a smile on your face as you begin the weekend. 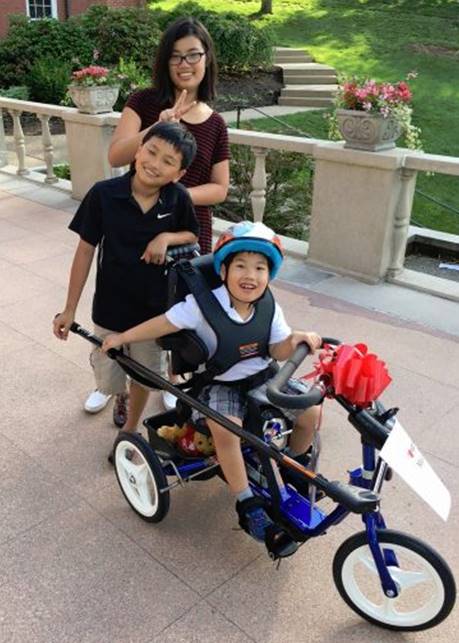 Madon is pictured on his new bike with his two siblings by his side!

It was with excitement that Madon rode his bike for the very first time through the crowd with his family by his side. Once he started riding, he simply did not want to stop! You can watch Madon riding for the first time by clicking here! 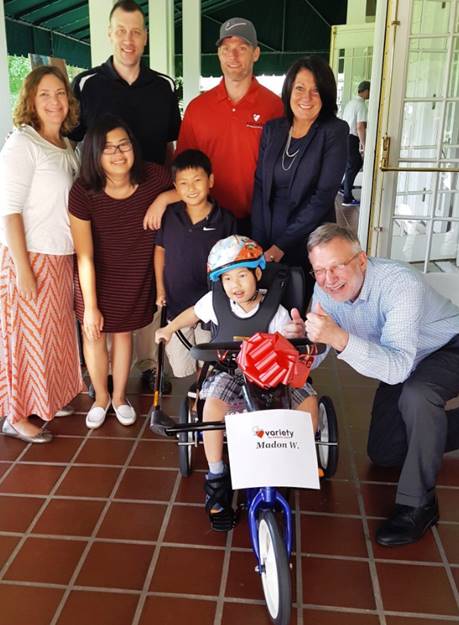 Additionally, Logan, who previously received his adaptive bike three years ago at Variety’s 2014 Golf Invitational, returned to this year’s event to receive his new communication device – his new voice. 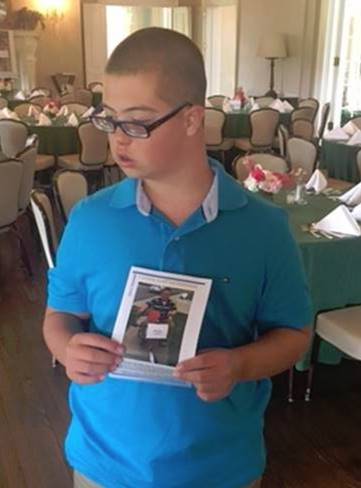 Logan’s pictured above at the event holding the dinner program that had him on the front!

Logan’s mom, Melissa highlighted what her son’s voice would mean by saying, “Logan is a very social child and LOVES to be around other children – but his speech is hard to understand at times and limits his peer interactions. This device will make it possible for Logan’s school peers and other in the community to understand what he would like to say, provide him with independence and greater possibilities, and increase his safety, which is our biggest concern.” 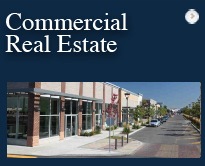 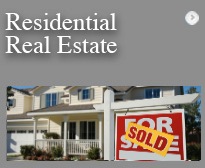 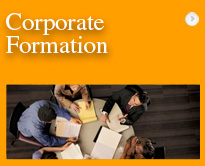 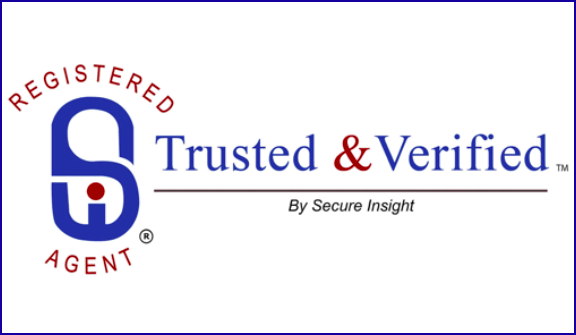 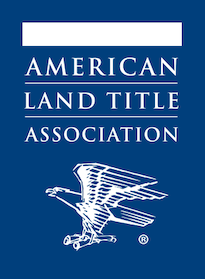